skip to main | skip to sidebar

The District 3 City Council seat has been a source of intense scrutiny. From the pre-Term Limits speculation about candidates, which had Brad Hoylman running against Andrew Berman and Maria Derr tagging along, we now have Christine Quinn back in the mix with Derr still tagging along. Various stragglers are in tow but its mainly Quinn.

Quinn brings the Speakership, tough attitudes and experience – as well as animosity from voters over issues like Trump SoHo, the DSNY garage in Hudson Square and the Term-Limits deal.

What strikes many as difficult to understand, is why Bloomberg thought it necessary to push another term on us at all costs when he was riding a wave of popularity that seemed to make it unnecessary. The operative word, here, of course, is “seemed.” Maybe Staten Island is wavering.

Quinn supported Bloomberg and, of course, was backed up by enough Council members with their hands out to make term-limits work.

It STILL does not mean that we are not better off with Bloomberg. It only means that it was done in a “Big Brother” fashion. There’s never a good taste in your mouth after having a rusty pipe rammed down your throat. But, despite all of the Harvard boys around, it’s possible that he did not think that holding another referendum was a chance he wanted to take. But, why doesn’t he now just hold the referendum since he’s holding all of the cards? We all know how to drink the Kool-aide with grace.

But, the damage to Quinn was temporary, just as the damage over the Slushgate imbroglio seems to have passed. Or, not.

Even an indictment doesn’t make you a bad person. It only means that you matter and that you have political enemies. Welcome to the real world.

The difference between having a controversial Speaker/Council Member as opposed to one who is incompetent, of course, matters greatly.

Quinn’s main opponent is Maria Derr, former Board #2 Chair and heir-apparent to the Passannate name (Bill Passanante of Greenwich Village), who preceded Deborah Glick in the Assembly.

Derr, a candidate who has bounced from club to club in search of a political position to run for, settled upon Quinn’s seat after the idea of running against Deborah Glick seemed like folly. Glick is well-respected and, while sometimes paranoid about being challenged, has little to worry about. Few candidates can hold a candle to Deborah’s genuine community bona fides.
Derr has traded on the Passanante name, close related to Carmine DeSapio, only recently. Prior to that, her uncle was rarely mentioned.

But, Derr’s affiliations were what has always been suspect – in a low-level sort of way. Her connections with a group of minor power brokers on Board #2 kept her in questionable company with people whose dirty tricks were not particularly elegant. The level of mean-spirited games played by such luminaries as Alan Roskoff and Bob Rinaolo, or dearly departed Arty Strickler – while she was Board #2 Chair – were mildly shocking at the time but were, in reality, simply comical in import. Her level of sophistication apart from a heavy commitment to retaliation leaves something to be desired, even in a politician.

In fact, after insinuating herself on the McManus Midtown Democratic Club (after pulling the same stunt at VRDC), she sent out a press release with photos of herself and Jim McManus, seemingly portraying support for her candidacy for Quinn’s seat.

According to Jim McManus, who was reached for this piece, he did not even know about the flyer until after it had been mailed out.

He stated flatly that he supports Christine Quinn for City Council. He helped Quinn garner her Speakership and he firmly supports her for re-election. This City Council seat is in McManus territory and he knows politics. Period. End of story.
As a side note, for those of you who are wondering, Bob Morgenthau IS running for another term. Yes, -- and Leslie Crocker Snyder is also running. Rumors have abounded for years about Catherine Abate and more currently about Cyrus Vance, Jr. – should Bob decide not to run. Well, he’s running.

If it is worth anything, the mistake is making his age THE issue. In a personal interview, this writer found him to be completely and fully engaged, in charge of the issues, and in charge of the situation – as well as a tough politician. His prosecutors, like right-hand man, Dan Castleman, are also the kind of 1000-pound gorillas you don’t want to screw around with. Snyder has dropped her death penalty requirement as a gesture to liberals but Morgenthau is still running the show.
Posted by D. Clark MacPherson at 10:16 PM 1 comment:


As the race for District 1 City Council seat starts to warm up there are numerous scenarios being played out in the minds of political junkies Downtown. 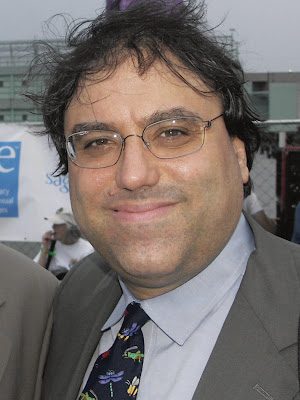 The big question is, besides the new lease on life for Alan Gerson, who will be running for that seat. While unopposed in the past, Gerson has a few contenders who would like to replace him. The are a lot of voters who apparently feel the same way. In addition to the race itself, there are rumors that a deal is in the works which would have Alan going out the back door before the Primary to take a position promised him by Mike for supporting the term limits win. 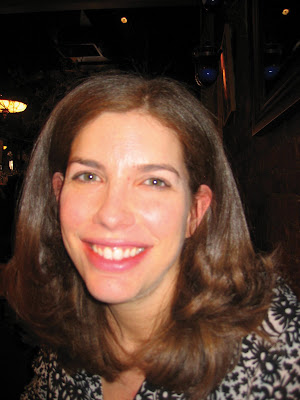 Julie Menin, a recent Republican, is currently a Democrat who is Chair of Board #1 and widely known as desirous of the Council seat. The ill-fated takeover of D.I.D. has abated somewhat and it reportedly earned a bit of ire from Borough President Scott Stringer, who benefited from that club’s support.
Both Menin and Gerson are friends of Bloomberg and were supportive of his term-limits putsch. She has publicly stated that she is not running against Alan and is busy developing a new life as Democratic consultant and blogger (now railing against Republicans). Since there are no term limits on Board #1, we will continue to hear about her views on lots of issues. A large cache of cash and a PR firm will ensure that.

However, some doubt the finality of her public decision and we may yet see some curious twists and Machiavellian turns. As the song says, “See you – in September.” 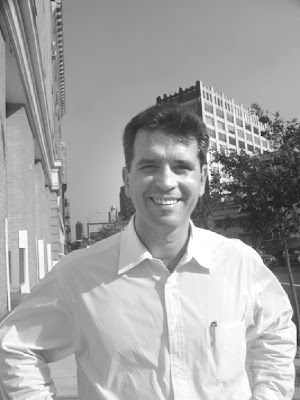 Pete Gleason has vowed to run against Gerson, regardless of what happens. He is considered an underdog, if not a dark horse. While he has a lot of ground to cover, he is gaining support. He is wrapping up his legal practice and will be campaigning full time starting in February.
He may also garner some unexpected main line political support because of Gerson’s position on term-limits, which was very unpopular among voters. Gleason’s strong points are a following among police, firefighters and civil service as well as disenchanted residents in SoHo and Tribeca who feel that Gerson has done nothing for eight years and then allowed High-Rise Mike another four as a sort of dictator. 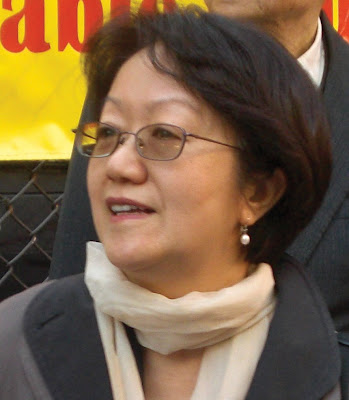 Margaret Chin began her campaign at the end of last year and has gathered momentum. She has carefully assessed her chances and is expected to make a solid showing but is one of the dark horses in this race. Her identification with Chinatown is both positive and negative – a strong voter base but a knotty problem with a perceived provincialism. Almost no one looks to the “Communist” label, which was used against her in the past as negative any more - not a few find it charming and oddly nostalgic. Her experience in housing reform, community organizing and social activism are potent strengths. 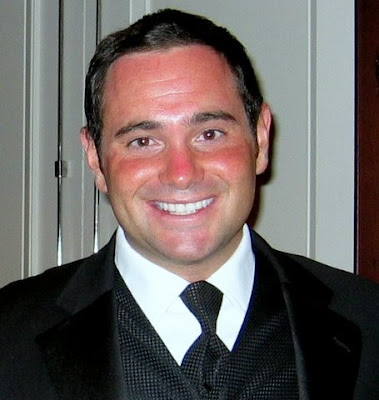 Evan Lederman, a darker horse, is a newcomer also contemplating entering the fray. His bona fides include membership in the elite law firm of Cravath, Swaine and membership in Community Board #2 where he is Chair of Street Activity and Film Permits. He was also President of NYS Young Democrats. As of this writing, he confirmed considering a run but has not formally decided.


Last, but certainly not least, is the darkest horse. Irrespective of her strong points, not the least of which is a set of judicial robes and having done the job before Gerson, Kathryn Freed is not completely out of the picture. While she will not confirm her intentions – since she already gainfully employed as a Civil Court Judge – there is always the possibility that will have a change of heart. Or, perhaps, a change of direction. That’s a dark horse with a wild card.

As this heats up, we’ll watch the sparks fly.
Posted by D. Clark MacPherson at 11:38 AM No comments:

Get Notified of Updates!